Showing posts from March, 2018
Show all

A widow with no family, web designer Liv Larson yearns for big change. After all, she can work from anywhere, right? Why not throw a dart at the map? She heads out of the big city for the rural South and falls in love as soon as she arrives—with the Belle Bride, an abandoned antebellum mansion. Heath Barrow loves his country life, managing his antiques store in sleepy Camellia. But he’s lonely, and his condition—epilepsy—makes life uncertain. It’s already cost him a marriage. A new medication and the new girl in town have his heart hopeful again. Sparks fly between Heath and Liv. But his first seizure sends Liv into a tailspin. Its mimics those her husband suffered before he died . . . To make matters worse, Liv discovers she’s not living alone. Her challenge? Dealing with a Confederate soldier, one who clearly resents his Yankee roommate—even though he’s been dead for over a hundred and fifty years. About Claire Gem: Strong Women, Starting Over ~Rede
Post a Comment
Read more 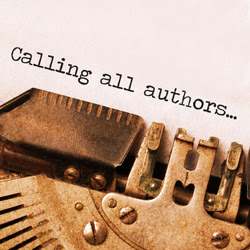 Running a blog can be tiring work...  and running a second one: "The Vampyre Blogs - Private Edition" link:  http://www.thevampyreblogs.com/ can be exhausting So having guest bloggers who wish to get exposed to a wider audience is a real plus, plus it gives our readers a better idea of what other books and authors are out there.  So if you're interested in doing a guest post about writing, or wish promote your work here on this blog, please let us know in the comment section below. Or you can e-mail us at: allan.krummenacker@gmail.com .  Tell us about yourself and what you'd like to share and how soon you'd like the post to run.  We'll do our best to accommodate your needs and if we can't we'll let you know.   Keep in mind NO PORNOGRAPHY.  We have readers from many age ranges and backgrounds so we need to keep things within certain limits.  Heavy romance with sexual tones is one thing, but straight out porn is a no go. Looki
Post a Comment
Read more

Book Review: John W Campbell: "Who Goes There?" aka "The THING" 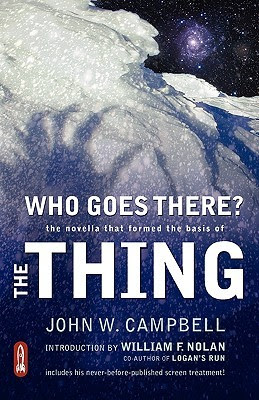 Just found this novelette a few weeks ago and was thrilled to get another chance to read it. I'd read it once before many years ago, but I had thought it lost and was delighted to find it was simply among my books in storage.  Mr. Campbell did a wonderful job of creating a terrifying science fiction tale of isolation and the old '10 Little Indians' theme. In the lonely antarctic, a team of researchers are slowly realizing that the remains they brought in from a wrecked spaceship they'd found in the ice is still alive. Even more alarming is the fact that it can infect and duplicate any life form, by entering the victim's body and replacing every cell in that target body, allowing it to devour and become that person/animal.  The rest of the humans must find a way to figure out who's been taken over and what this 'thing' wants, before any migrating birds come to stay at the base and move on to other parts of the world.  John Carpenter's versi
Post a Comment
Read more

In my last entry I explained how I had settled on the idea of Parallel Realities for the premise of my series.  But what could I do with it that was new and different? Well as Doctor Who would say, "This is where things get a bit tricky."         We all know that a lot of choices are man-made, but events are also a major player in our world and our lives.  There's an old school of thought that says, for whatever choices we make another alternate timeline exists where a version of ourselves exists who follows the path not taken.  I began pondering this concept and asked myself, "What if not just choice could lead to a parallel reality?  What if events that didn’t happen in our reality, did happen in another reality?  And what might be the consequences and effects of that event?"  This idea really intrigued me and I began to think about the concept on a much LARGER and OLDER scale...      Current theory says that that moon we all know and love was mad
Post a Comment
Read more

Birth of a Series Part - 1 "It All Started With Dreams"

Having just recently passed the 5 year anniversary mark of the release of our first book "The Bridge", we thought it might be nice to share with you all just how this journey began.  Where did the ideas for the Para-Earth Series come from?  Who and what inspired the concept?  And finally, for those who haven't had the opportunity to actually read any of the books but are curious to know more, what IS a Para-Earth?  To answer all these questions, let's begin with a familiar opening from a very familiar television show from the 1960's... ​ ​     “Submitted for your approval…” these are the opening words written and spoken for the Twilight Zone by its creator Rod Serling.  In that place, people found themselves facing death, adventure, revelation, terror, or even worse… themselves.   So in the spirit of the late Mr. Serling, today’s entry is submitted for the approval of all our readers (whoever and wherever you may come from) as I guide you through the
Post a Comment
Read more
More posts