Showing posts from January, 2014
Show all

Got A New Post Over On "The Vampyre Blogs"...

By Allan Krummenacker - January 24, 2014
Just did a new post on "The Vampyre Blogs".  Today I introduced another of the main characters.  Why don't you come on over and meet Marisa... http://thevampyreblogs.blogspot.com/2014/01/marisas-musings-october-5th-2007.html
Post a Comment
Read more

First Draft Completed, Next Up Proofreading and Starting the Second Draft...

By Allan Krummenacker - January 22, 2014
Yesterday I finished the 1st draft of my second novel "The Ship".  The word count came in at 139, 345.  A bit high I admit, but a damn sight better than what my first novel "The Bridge" came in at.  That sucker wound up in 195,000 words.  Man did that puppy need some serious editing and rewriting.  I finally got it down to 102,000 words before I finally released it.  Yeah, I practically took a chainsaw to that sucker.  So what's my next step?   First up is PROOFREADING!  I've been lucky enough to have a trusted beta-reader who has been checking my spelling, punctuation, etc. the entire time that I've been writing "The Ship".  I kept all the corrected pages she sent back and am going through them and making the corrections already.   So far, 166 of the 525 pages have been fixed on that front.  It's been going pretty fast, but she told me a while back that she was finding a lot fewer mistakes in my writing this time around and that my
Post a Comment
Read more

Over On My "Vampyre Blogs" Nathaniel Speaks... 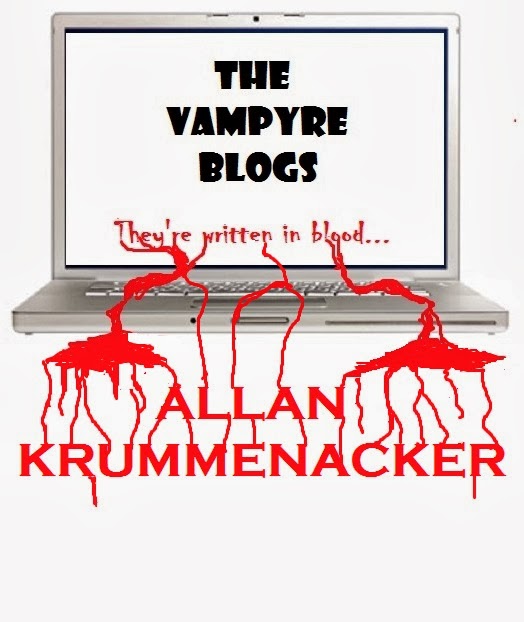 New entry on "THE VAMPYRE BLOGS", Nathaniel discusses what happened after he completed his last blog entry and went for a walk.... http://thevampyreblogs.blogspot.com/2014/01/nathaniels-blog-january-4th-20.html
Post a Comment
Read more

By Allan Krummenacker - January 11, 2014
Well, I just got the official word from Kickstarter that my crowd-funding project failed.  No surprise really, not since I told everyone I considered it over already a few days ago. Will I try another Kickstarter down the road?  Quite likely.  It was a good experience I felt.  Also, I got a number of good compliments on the video I made for it, which also pleases me. For those who don't know, I began running a Vlog (video blog) about a year or two ago, but haven't touched it in a long time.  I may start creating more videos just for giggles.  I've had several comedic ideas in mind for some time, but just haven't had the time or inclination to get out and shoot some new material.  For the most part, I tried to make my videos informative (usually about writing or being creative).  But when I look back on what I did in the past, they were very informative, but static.  A guy sitting there and talking at you.  Whereas my Kickstarter video I put a lot more thought into ang
Post a Comment
Read more

****SPECIAL ANNOUNCEMENT REGARDING MY SECOND NOVEL "THE SHIP"****

By Allan Krummenacker - January 07, 2014
Greetings everyone.  I wish to make a couple of announcements.   First, after careful consideration and evaluating where things are at, I've decided to aim for releasing the book in time for June. This way people can enjoy it as part of their Summer reading. As a result of this decision I'm declaring the Kickstarter a failure and ended.  Mind you, I am not angry or upset by this. In fact I think it may be a blessing in disguise.  I will have more time to rework the book and possibly have some Beta-testers read it to get a better idea how my unpaid team and I do at getting it edited as best we can. If there still seem to be a lot of problems, then I may try another Kickstarter or find another way to raise the money for a professional editor. I'd like to take this moment to thank everyone who did pledge to the Kickstarter.  The Kickstarter was not going to succeed, but I do appreciate your belief in me and your support. Remember "THE SHIP" is still coming
Post a Comment
Read more

One Week Left In My Kickstarter... 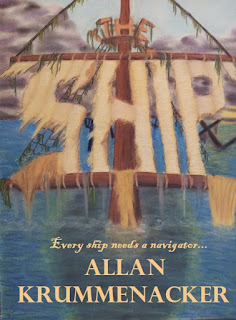 Well gang, I've got one week left in my Kickstarter for getting "The Ship" professionally edited. Right now it's sitting at 55% funded. $330.00 have been pledged, but there's still another $270.00 needed to make the goal. Will it happen? I don't know. If it doesn't, then it's back to the drawing board and try to do the best I can with my backup team and the release date will be pushed back again. Not my favorite option, but whatever will be, will be. If you want to make a pledge there's still 7 days left. No monies change hands unless the goal is met. Remember, pledging is like reserving your own copy of the book. Everyone who pledges will be receiving either an e-version or a paperback depending on the level you can pledge. http://www.kickstarter.com/projects/975056676/editing-my-2nd-novel-the-ship
Post a Comment
Read more

Why The New Blog?

By Allan Krummenacker - January 02, 2014
Before I get into promoting my new blog, I thought I should explain myself to you all.  The reason why I've created "The Vampire Blogs" was simple.  It's part experiment, and part story building.  With the popularity of vampires in books, it was only a matter of time before I found myself getting drawn in, although I had sworn to avoid the genre.  Yet, like any writer, I couldn't help speculating on  "Well, if I did a vampire story, I'd make it more original and do this, this and this..."  Naturally, an idea came and began to snowball on me. I wanted to keep most if not all the typical strengths and weaknesses of the traditional vampire, while at the same time making such a being fit into my Para-Earth Series world.  The being I would have a reasonable explanation for the various abilities such as shape-shifting, turning into mist, etc.   I would also give him a few new traits that fit with the being I had made him out of.  I won't go into a
Post a Comment
Read more

I've Created A New Blog Strictly For The Characters Of My Upcoming Christmas Novel... 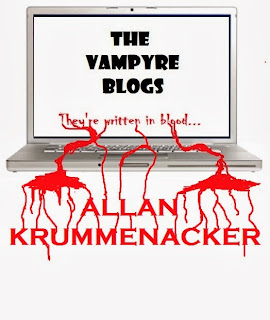 "The Vampyre Blogs" are here. Click below to get your first glimpse into the life of the first vampire from the Para-Earth Series.  Feedback and comments are welcome and encouraged. http:// thevampyreblogs.blogspot.com/ 2014/01/ a-brief-introduction-to-this-bl og.html
Post a Comment
Read more
More posts