From Novel To Film - When Are Changes Acceptable?

By Allan Krummenacker - December 18, 2015
This is a tricky topic to cover, because as with any form of art the old saying of "Beauty is in the eye of the beholder" truly is the rule. Speaking ONLY for myself, it comes down to have characters been cut out?  Were certain scenes reworked to blend into one?  Was the flavor or message of the story lost or enhanced?

Given the holiday season, I decided to focus on one Christmas movie that I consider a true classic, which definitely took some artistic liberties, yet managed to enhance the story in my opinion.  The movie in question is the 1951 version of  "A Christmas Carol" starring the legendary actor Alistair Sims as Ebenezer Scrooge. 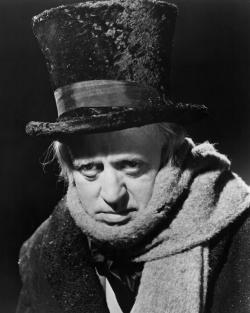 Now before I continue, let me assure you all that I have actually read the original story in Mr. Dickens own words many times before and am familiar with what was actually in the novella itself.  And I can safely say his original story was carefully kept intact in this film adaptation.  However, certain additions were made by the producers which for me, enhanced the story and made Scrooge's transition from tight-fisted miser, to a good and generous soul all the more believable.

The first change I will address was during the visit from the Ghost of Christmas Past, actually a number of the changes took place in this section of the film, but helped make the mood of the piece more poignant.  It is mentioned in the novella, that Scrooge's little sister died giving birth to his nephew Fred, who we meet early in both pieces and his harshly dismissed by his uncle.  Fred even points out that as far as he knows the two have never quarreled and he is continuously puzzled by Scrooge's attitude towards him.  In Mr. Dickens version there is the subtle hint that Scrooge resents his nephew's existence since it meant his sister (who Scrooge dearly loved) lost her life. 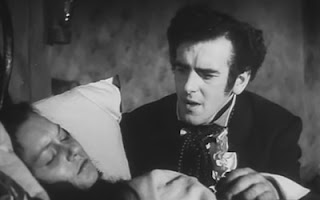 In the film the producers added Fran's death scene with Scrooge at her bedside.  In the scene elderly Scrooge sees his younger self leave the room after he believed his sister had passed away and heard his newborn nephew crying.  We see there the anger in his younger self  that is the birth of his resentment.  But after his younger self leaves, Scrooge sees and hears his sister speak once more begging him to take care of and watch out for her son.  Elderly Scrooge is devastated by this knowledge and the scene marks a powerful beginning of his change towards not only his nephew but his own behavior towards the world as a whole.

The producers added yet more past story, by showing us how Scrooge met his partner Jacob Marley as young men, and even further on as their greed made them more powerful men in the community.  But then there was another scene added which takes place shortly after we see Scrooge's former fiancee talking about Scrooge working in his office while his partner lies on his deathbed (this part of the story comes straight from Mr. Dickens work). 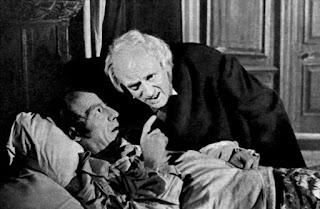 But then the producers added a new scene where we see Scrooge at Marley's bedside, and Marley tries to warn him that they had been wrong in how they behaved all these years.  Naturally, Scrooge does not understand and takes none of his dying partner's words to heart.  This scene actually enhances the original scene of Marley;s ghost coming back to try and warn Scrooge to change his ways earlier in the film.

All of these added scenes help to enhance Scrooge's transformation towards the end of the film, and make Mr. Simms performance of the miser's delight of finding he was still alive and had a chance to redeem himself all the more poignant. 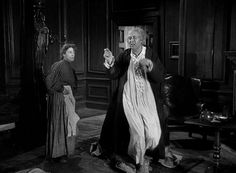 As you can clearly see, for me these changes only enhanced the film and the original story.  Mind you, I am also a great fan of the George C. Scott version as well, which did the novella many great justices, which I may touch on in another entry.

But for now, I would like to hear your opinions on when is it okay to take artistic liberties with an established piece of literature.  It could be your own work and how you would envision it being turned to film.  We all know that time constraints and costs motivates a lot film-makers so changes are bound to happen.  But if you had a hand in the screenplay, would you allow or make changes or shortcuts, and if so how would you keep the feeling and main plot of the story alive?

I look forward to seeing what you all have to say.  Until next time, take care and as always... Keep Writing! 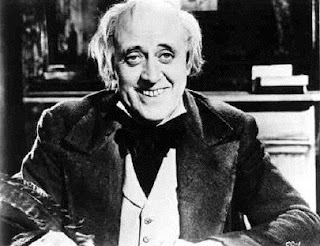