To help start the new year off on a good note, we've lowered the price of all 3 books in the Para-Earth Series to just 99 cents (just the e-book versions mind you, I'm not THAT generous) for the entire 1st week of 2017.
So from now until midnight January 7th, 2017, you can get any one of these 4 and 5 star rated books: "The Bridge", "The Ship", or"The Vampyre Blogs - Coming Home", for just a third of their normal price ($2.99). And remember, you can also gift one of these to anyone who has a birthday or other special occasion coming up. 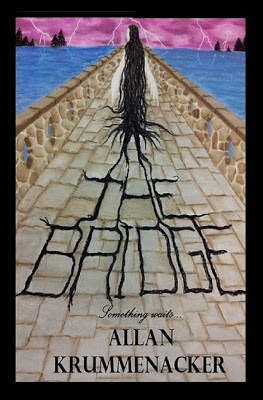 "The Bridge" is where it all begins as Alex Hill, reluctant psychic, and his girlfriend Police Sergeant Veronica Ross investigate what starts out as a simple car wreck but becomes much more. Soon their friends Julie Cloudfoot, niece of a Seneca shaman, and Cassandra Elliott a billionaire heiress with psychic talents and a ghostly guardian, join them to learn what has been drowning people inside cars and empty rooms. Their journey will bring them face to face with a threat that is of Earth, just not this one. 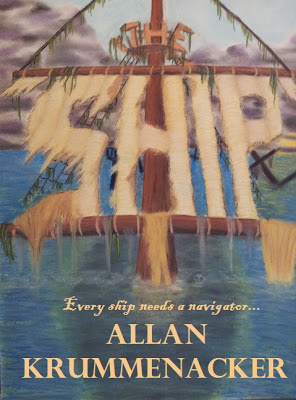 The adventures continue in "The Ship" where we find Julie and Cassandra heading to Santa Cruz California to bring the ashes of Julie's late uncle, and family shaman, to his children for a proper send off. The two women are also hoping to learn if their new romantic relationship is destined to be. As it turns out their desire to be together will be tested much sooner than they'd hoped. For not only are they being stalked by a mysterious white-haired man who has been haunting Cassandra for the past year, they also come face-to-face with a new Para-Earth threat from the sea. A legendary ghost ship aptly nicknamed "The Deathship" has arisen from water and is now hunting Cassandra. It's goal, to make her a part of itself in a most horrifying fashion. Now the two women must rely on family and ghostly ancestors to thwart the nightmare vessel by launching an all-out attack from the decks of a concrete boat from World War I. 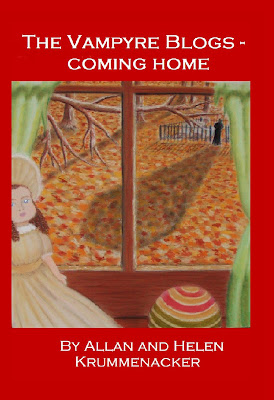 In "The Vampyre Blogs - Coming Home" we are introduced to Nathaniel Steward, who at the age of 16 left home to fight in the Civil War. During the battle, an event takes place that changes him and the course of his life forever. Forced to drink blood, and avoid the light of day as much as possible, he spends the next 150 years wandering the world helping others using his newfound talents of shape-shifting, turning into mist, being practically unkillable, and aging ever so slowly. But when the house he grew up in is slated for the wrecking ball he comes home to claim his birthright, not knowing that an old foe, a being he battled in the same Para-Earth where he was forever changed, has entered this world. And now it is hunting him to finish their fight and anyone who stands by him. For he is the only thing that can stop it from devouring the dead, while making more, so it can slowly envelope the entire world.
All three books are available in Kindle, Nook, Apple, Sony, PDF (for desktop/laptop computer users), phones, etc. Just click on the appropriate link below to get the one that works for you: