September has been quite the month for me and Helen.  Some of you may remember that about a month ago, my little blue laptop became... 'unreliable' to the point I dared not risk any of our stories on it.  So it was sent to the wayside, leaving only our desktop (which I could not bring to work of course) and Helen's laptop which she needs on a daily basis for her online college classes.  This put a serious dent in my ability to write or even be online as often as I wished, much less getting much writing done except on weekends.

We also had expenses to take care of, like college books for Helen which took priority over replacing my laptop.  Finally, things were looking up just on the eve of my weeklong vacation at the beginning of September when illness and car troubles reared their ugly heads and forced us to push the laptop purchase back even further.  After getting the car situation squared away (over the course of most of my vacation), our desktop computer joined the little blue laptop by giving up the ghost. 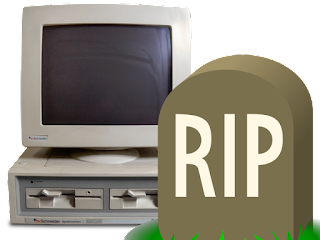 This left us with just Helen's laptop and my Kindle and little else.  Finally about a week ago, our finances were stable enough for us to purchase a refurbished desktop and a refurbished laptop together for about $300.00 (thank you Amazon, you guys are a God-send).  However, the delivery time for each computer was about another week or so, which meant I was still cut off from real productivity.  This led to a decision about pushing back the release date of our upcoming anthology book.  We had hoped to have the book ready for beta-readers by now, but with the delays in writing and the upcoming holidays, finding readers who have the time to even look at the book will be difficult.  Furthermore, the earliest we could get the book out would be a week or two before Christmas which is not a good time for indie authors to sell unless they have a huge fan base already.  It's around Christmas the the big publishers make a massive push and getting your own book noticed at this time is a nightmare.

However, early January is an ideal time for new indie books because the holiday obligations are over and people have lots of lovely gift certificate cards they want to use on Amazon, B and N, etc. 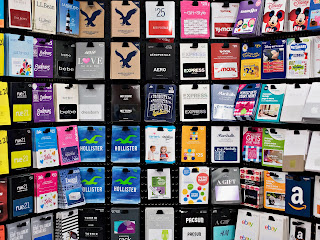 With this in mind, we still wanted to catch some of the holiday spirit and have decided to release "The Vampyre Blogs: One Day At A Time" on January 5th, which happens to be Twelfth Night (or the 12th Day of Christmas).  This works great for us in a number of ways, especially since the first story in that anthology takes place around New Years Day (or on Twelfth Night itself, Helen has plans for a story that may be finished in time to add to the anthology... we'll see).

There has been one other thing that forced us to push the release date of the book, namely getting used to the new computers.  Since both are refurbished, this means that all programs were erased from the hard drives and one is mostly left with whatever operating system remains.  This meant, no MS Office (i. e. Word, Excel, Powerpoint, etc.), very basic Anti-Virus protection, or other special programs a writer might really want/need.

Now, being that we are on a budget decisions had to be made about what to load up onto our new computers.  How did we handle that?  You'll find out in our next post, but the word "FREE" figures heavily into the solution.

Until then, take care and keep writing my friends...