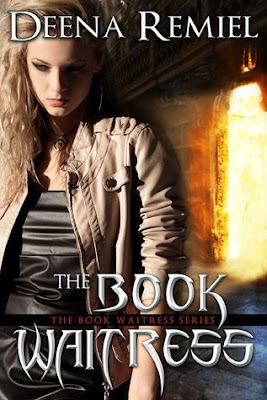 This is the first book I've read of Miss Remiel's and I have to say she did not disappoint.

Camille Dutton is a fascinating protagonist who finds herself on an island community where she' is expected to simply work at the local library. "I'm a book waitress..." she keeps telling people. Nothing more, nothing less. She doesn't consider herself amazing or unusual. But she soon finds herself being slowly surrounded by people who seem oddly fascinated by her. Even some of the books in the library seem to have taken an odd interest in her like set of "The Devil's Handbook" which seemingly falls off the shelf of their own volition.

Then there's the strange yet fascinating gentleman named Derek Gallagher, who like her is not native to the island.  But his purpose for being there is not a new start, but to delve into a strange series of disappearances (especially children) that have occurred on the island.

Soon both Camille and Derek find they are being drawn into a Satanic plot, that is linked to an all but forgotten incident from Camille's past.  And now the ultimate darkness seems to be reaching out to try and claim her once again.

Excitement and surprises await the reader in this first installment of the Book Waitress Series. I can hardly wait to get my hands on the second installment.