It Is Now Officially a Rewrite! 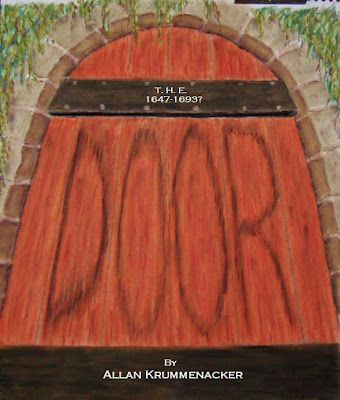 As many of you know I've been working on "The Door" for the last four years. And looking back on that sentence I'm wishing I'd phrased it differently, because it makes me sound like someone who is the lamest handyman in creation. Hmm... there might be another blog post in that. I can see it now "Choosing Your Words Carefully"...

Anyway, getting back to today's topic, yes I've been working on that novel all this time and it still isn't finished. In fact the closest I've gotten is halfway. Why? See below... 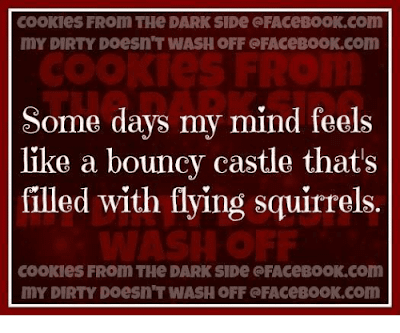 But seriously, I was trying to put too much material and characters into the story. I had forgotten one of the cardinal rules I try to write by, which is "Keep It Simple Stupid". When you have a story that already has a number of twists and turns built into it, DON'T MAKE IT MORE COMPLICATED! Secondly, if you are building a series you don't have to introduce every bloody person who's going to appear in it all at once! In fact, when you're working on the first draft get the main story down on paper first. Then go back, read it, re-read it and then start a second draft. But above all get that 1st draft finished! All the extra layers and details you want to put to make things more real can come later.

In my case, I was cluttering the story with scenes I thought were cool and would make people laugh or gasp. Plus I was bringing back secondary characters from the first two books, adding new ones I'd been dying to introduce, plot twists, you name it I was throwing it in. And time after time, the story kept getting too heavy and complicated for even me to follow.

So finally, instead of simply going back and trying to simply remove scenes or fix things little by little (like I'd done a dozen times already) I found myself simply starting over and practically rewriting the book from the beginning. And guess what? It's working.

I've dropped God knows how many scenes I thought the story couldn't live without, only to realize I was the only one who thought like that. I had to remind myself that as the storyteller I already  knew exactly where things were going, but what about the readers?

I was forgetting just how important it is to stop and take a look at what you've done and try to see it through the eyes of a reader. Every story is a new journey to them. Oh you might be giving the readers familiar characters to follow on this new adventure, but it's still your job is to keep this journey interesting. Do not overwhelm them with so much new stuff that they feel overwhelmed, especially when you have an ongoing series where there's still so many stories that lie ahead. You have plenty of time to use a great many of those ideas bouncing around inside your head.

So as I said earlier, I wound up removing a bunch of scenes from the plan and saved them on one of my many memory sticks. And I know I'm about to repeat myself, but we all need a reminder some days "Whatever you don't use in your current story may be just perfect for another book down the road."

Now, getting back to the rewrite, the story has been trimmed down yet is still going to be exciting. Plus I'm making sure events in the previous books are still being felt, like having some of the cast who faced the nightmarish creature from "The Bridge" having troubles with PTSD. There really is so much already in store for the readers with this book that scaling things down has allowed me to really get the book back on track. Plus I'm finding it that much easier to write. I'm already over 50 pages into the story and on a roll.

So if you're finding yourself getting stuck time and again while working on just one story, taking a few steps back may be what you need to do to move forward. It's not an easy thing to do, trust me on this. But it can sometimes make all the difference in the world to what you bring to your readers.