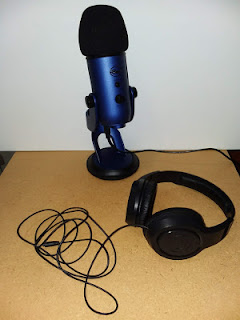 Okay, continuing with my adventures in recording audios, I left off last time with the image above. Now what you are seeing are the Blue Yeti Microphone, which had a huge amount of reviews over on Amazon. It's a very versatile microphone in the respects that it can give you several options for picking up sound. It can do 360, if you want a room full of people involved (or to pick up background sound effects), it can do 2-way where you're on one side of the mic and someone else is directly opposite you, while filtering out the sides somewhat. It also has a setting called Cardioid which is the one I use for audios, this allows you to not have to be directly in front of it at all times, so if you like to move a bit and perform as you record a scene, it catches everything you're saying. These will plug into your computer's USB port, so no special attachments. Also, the cord is very long (about 6-7 feet) so you have some freedom of where to set up to get away from your computer and not pick up sound from it.

Now I warn you in advance, this microphone costs at least $90-100+ depending on several factors. Number one are you buying a package deal where you also get a pop filter/professional foam windscreen that fits on top of the Blue Yeti for further filtering of noise. If you're just getting the microphone go through the color selection. Believe it or not, which color you get it in can raise or lower the price a fair amount. Because I chose this blue color, I got mine for just under $105 instead of being charged $120 if I'd taken the Black or Silver.

Don't ask me why color matters I have no idea. I just went with what was cheaper and it kind of reminded me of the color of the Tardis in Dr. Who... one of my all time fav shows.

Also, I warn you that this is NOT a small microphone. In its stand that comes with the microphone, this puppy is a full 1 foot tall and almost 3-4 inches wide at the base. The microphone itself can be  removed from the base and attached to a swing arm, but make sure the arm can handle the weight and stay in position. There are swing arms designed for the Blue Yeti, but that's more money so go with what your budget will allow. Personally, I just keep mine on a bureau in a quiet corner of my room and record while standing and performing. Now when I say performing, I mean reading not singing. I like to add silent gestures as I record which allows me to get more emotion and emphasis to come across in the readings. 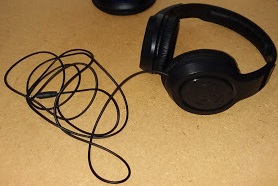 Next you'll want closed over the ear headphones. In my case, they plug directly into the bottom of the Blue Yeti Microphone. This is a big plus in my book, because I could hear exactly how I sound over the mic as well as hear background noise that is being picked up. This in turn allowed me to turn things off, re-position the mic to cut down a lot of the noises it was picking up. And believe me, even in Cardioid mode, that mic will pick things up so pay attention to what you're hearing. I don't have a specific brand of headphones to recommend I've had this pair for 2 years already and with the way technology keeps changing, they are probably obsolete. But they're great for my purposes. 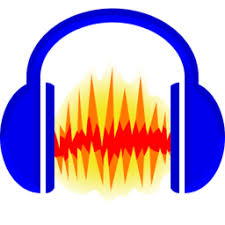 Now comes the biggie, what audio recording system to use. In my case, I went with Audacity which is a free download (here's the link: www.audacityteam.org/download/). 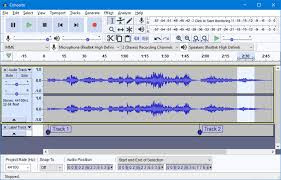 I highly recommend getting fully acquainted with this software and its many features. And believe me it has a lot! Now, if you're like me (who is a complete audio neophyte) you may want to go over to YouTube and look up some videos to learn how to navigate and use Audacity to its fullest before launching into full-recording mode. If you're already well-versed, I salute you and wonder where the hell were you when I was looking for advice.

I will go much deeper into the specific functions I use with Audacity in another post, but for now I wish to focus on the equipment I'm using. But one thing I will say about Audacity is that it has one particular function I'm very excited about.  Along the toolbar at the top of the screen of Audacity is a button titled Analyze. When you click on that, a pull down menu appears and one of the options is ACX Check, which will become your best friend/enemy. When you've got your recording done an think it's ready to go, you will click on ACX Check and it will analyze your work and tell you whether or not it meets the technical sound requirements to be moved onto Audible.  If your recording doesn't meet the standards, it will tell you why and what needs to be improved.

Now all of what I've covered today is strictly for recording inside your own home. If you can rent studio space, they'll have all the equipment and soundproofing already covered (hopefully). I've never been to one, so I cannot say much on that front. But, recording audios in your own home can be done, but it will take some effort. I'll cover what I did to prepare and get cleaner sounding recordings in the next two-three installments of this blog.

Until then, take care and keep writing/recording my friends...