It's been a busy month for me, which is why I haven't been posting anything lately. Between editing "The Pass", my long-distance collaboration with my old friend Rich Caminiti and recording and editing Helen's 2nd book in her "Forever Detective Series", it's been hectic for me. On top of all that, I have been working on a new short story for our other site:

The story will be a Christmas ghost story (an old English tradition), which I hope you will decide to check out when it is posted. (I promise to let you all know when that happens).

Finally, as the title of this entry indicates, I've also started a new audio project that I hope to post on YouTube in December. What is it? Well, I'll be reading Charles Dickens "A Christmas Carol".

Now I suspect some of you are already thinking "Oh great... ANOTHER production of that old story." So why am I doing it? Simple, there have been many movies and animations done of course, but not a single one has ever been a complete rendition of the story. I always thought I knew the story myself for a very long time, until I actually got a copy of the book. There are many passages and even scenes that have been left out of a number of the incarnations that have been produced. If you mainly know the story from movies and animations, you'll no doubt have noticed certain versions include or leave out certain scenes between such as one old animation from 1970 has a horse-drawn hearse driving up the stairs inside Scrooge's home itself freaking him out. That always puzzled me until I read the story myself and found that it does happen.

There are also some impressive speeches by both Marley's ghost as well as the Ghost of Christmas Present that almost always get left out. Why does this happen? Well, we're talking television or the big screen where there are always time constraints so a number of things get left out or are filmed and then wind up on the cutting room floor. 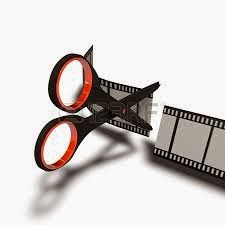 So, I decided to take it upon myself to create an "unabridged" version for people to enjoy for free. Mind you it will not just be an audio, I am gathering Public Domain images to accompany the tale, along with an opening and closings for each chapter or "Stave" as Mr. Dickens called them.
Why he used that term instead of calling them chapters? Well, as I've learned, since the title of the story is "A Christmas Carol", and 'carols' are songs, he chose a term that was associated with music. A "Stave" in music has its own mood and theme. This is also true for each of the five sections of Mr. Dickens story, so he titled his chapters accordingly.
I have already recorded the first of the 5 staves "Marley's Ghost", which has clocked in at about 45 minutes. For your enjoyment I've decided to give you all a brief sample here, so you can get an idea of what you can expect from my little performance, although you might want to lower the volume as the ghost gets big loud at the beginning and can be quite startling:
As you can hear, I'm not just reading the story, but am actually performing it by giving each character their own voice. I'll also be supplying some sound effects for certain scenes where I feel it helps enhance the experience.
My hope to have 5 videos altogether, which I will release over the course of several days or weeks, depending on what you all would like to see happen. Please let me know by leaving your wishes in the comments section below. I want this to be enjoyable for everyone, especially during this unusual year with the pandemic keeping most of us at home instead of being able to travel. I am also considering making CD/DVD's upon request for those who would like a complete copy for themselves or family members who do not have (or feel comfortable) computers and YouTube.
So that's what's been happening and what I'll be focusing on for the next two months. Please note, I'm also working on more Para-Earth novels. I have both "The Door" and "The Vampyre Blogs - Family Ties" well under way, with hopes of releasing one or both sometime next year.
So until next time (which I hope will be sooner rather than later), stay safe and keep writing my friends.