What a Difference a Week Makes...

Hello everyone, we hope you've all been doing well. It's been quite a week around here, or a couple of them actually. Both Helen and I got our 2nd Moderna shots, and both of us felt pretty crummy in the following days. Unfortunately, in my case a nerve problem in my back became exacerbated to the point that I've not been to work all this past week, and next week isn't looking to great either. My doctor is trying to line me up with an MRI to see what's going on.

But in the meantime, I tried to take my mind off my discomfort by being busy. In this case it meant finishing the final edits on the collaboration with my high school friend Rich Caminiti, and lo and behold... the 2nd draft is now finished and in the hands of beta-readers. 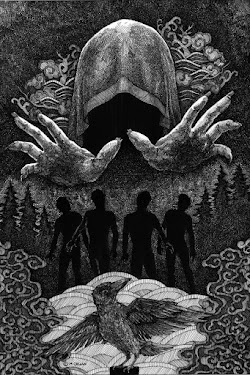 If you're wondering what the book is about, here's a little hint:

Was it just bad luck and weather that doomed the Donner Party in 1846, or was it something 'else', something evil and powerful? And is it still there waiting to help bring about the fall of the Union army during the final years of the Civil War?
Conspiracy and Intrigue meet Asian mythology, Native American folklore, and something as old as Earth itself in the first installment of this epic trilogy that spans the continent and distant shores.

From the initial responses people are finding the story... well, here's a few quotes "Amazing!" "I've never read anything like it before... it's incredible" "When can I buy a finished copy!"

So Rich and I are feeling pretty good about it so far, but we still have to wait for people to finish reading the first book and give us the rest of their feedback. Plus, a third/final draft will still need to be completed after we've heard back from everyone, and especially our editor. The book will also contain pen and ink drawings by the fabulous Gabrielle Callan who supplied the image you see above. You can find more of her work at this link:

But my achievements did not end there. I also completed the edits and submitted my third narrator job to ACX (which is the gateway to getting it onto Audible) just 4 days ago. The book in question is my wife's 3rd novel from her 5-star rated "Forever Detective" book series; 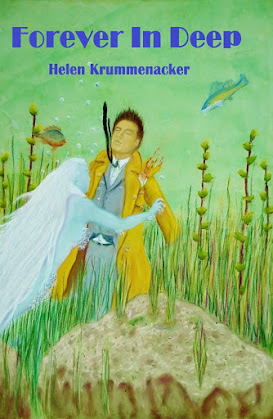 Rafael Jones is always a little out of his depth in rural settings, but he's not just a detective, he's also undead. He can't ignore the call from the Saratoga County coroner when she mentions the bite marks found on several drowning victims during the spring and summer of 1947.
However, he knows his weaknesses (sunlight, running water, and a woeful lack of country manners), so he isn't working alone. His slowly developing powers and quick wits may not be a match for something old, strong in magic, and completely cursed.
The entire series can be found at Amazon in Kindle, Paperback, and Audible at:
The Forever Detective Series
But the fun didn't stop there, yes there is still more to report:
I also finished editing the first "Stave" (chapter) of Charles Dicken's "A Christmas Carol". This is the same project I've mentioned before where I read/dramatize the unabridged version of the classic tale. The first chapter weighs in at between 40 and 45 minutes long, and the next 3 chapters will probably be coming in at the same length. The final chapter will be shorter, but not enough to leave the viewer unsatisfied.
Viewer? That's right. I will be releasing this project on YouTube complete with images from public domain and copyright-free sources (who I will be crediting of course), to give you all an enjoyable experience this Christmas. I will also be making a strictly audio version for those who might be interested as well.

So for someone who has been having difficulty being on his feet even for short periods, I've been pretty productive for the last week. In fact, I'm still kind of shaking my head just writing this. I think setting myself some goals of what I specifically wanted to accomplish this year has been paying off. It's helped me keep focus better, otherwise I'd be jumping from one project in process to another, while getting very few actually finished.
Well, this is only April so let's see what else I can get done in the coming months.
Helen has been busy too, having completed her fourth novel in the Forever Detective series. This one is a Christmas tale titled "Forever Festive" and will be coming out in November. This one involves her private detective/turned vampire Rafael Jones heading home to spend the holidays with his folks, who haven't seen him since he got back from the war trials over in Nuremberg. Besides trying to figure out how to keep his condition a secret, he's also got a new missing person case that's literally Heaven sent. After all, who else does a Guardian Angel turn to for help in finding one of their charges who is suddenly being hidden from their angelic sight?
We've already got a cover design in mind and will be working on that in the coming days and weeks, while her book is gone over by her editor/proofreader. And yes, I will be turning that into an audio as well so it too can be available in time for the Christmas season.
She is also working on an anthology for her spin-off series " W I T C H Hunters" which is an organization that has been mentioned to Rafael more than once. These tales will involve members who have actually appeared in the "Forever Detective Series", or have been mentioned in passing. But in these tales we will get to meet and see them in action. Several of the tales are already completed and more are well under way. So stay tuned for more on this front.
That is all I have for now, my back is hurting and I need down time. But we will be updating you on more very soon.
So until next time, stay tuned and keep writing/recording my friends.