For those of you (like me) who had never seen a press release kit, here's the one I managed to put together.  I got some great advice from  a friend, Gwen Bodhan, who used to work for a newspaper.  She also edited the original Press Release I came up with.  I have no problem admitting her version was better.  So here's what's in mine.  I've included photos and am only leaving out only the actual book itself.  I send e-copies with my electronic Press Release Kit.  I send physical copies along with glossy photos when requested to.  I hope this helps some other writers out there who are getting their first book ready to be unleashed.

Oh, one more thing.  Research who would be interested in a press release about a novel and then query them before sending the packet.  They get tons of e-mails and there's a chance they may not even be interested in your genre.  Don't waste their time or your own.  A polite e-mail asking about sending a press release kit will go a lot farther.  Many reporters will delete e-mails with attachments that they have not been warned was coming.   A friendly e-mail handshake can really help you get further with them and start building a relationship.

Parallel realities have been a staple of fiction for many years. In every case, the same rule applies: Some event in history is changed, thus creating an entirely new reality. A few examples of such tales are speculative works about President Kennedy surviving the assassination, Germany winning World War II, or Jimmy Stewart's character in "It's A Wonderful Life" getting to see what would have happened had he not been born. So how can a writer put a new spin on the old parallel reality concept? If you're a brand new author named Allan Krummenacker, you go a bit further back in time - or rather, way back in time.

In his debut novel "The Bridge," Krummenacker introduces readers to a whole new take on the parallel Earth idea by way of a unique paranormal mystery. A reluctant psychic finds himself summoned by the ghost of a teenage girl who vanished from an estate sixteen years ago. As the psychic and his girlfriend - a police officer - start investigating, they discover the specter was just the latest victim in a series of disappearances dating back 300 years. Before they're finished, they learn that a threat lies hidden inside the old stone bridge located on the property. A terrifying otherworldly being is about to escape from the stony prison created by the early Paleo Indians.

"The Bridge was a fantastic story that completely sucked me in. The characters were great, with witty banter that had me cracking up. You will not be able to put this down!" Cristina Reiser, Goodreads.com

'Exhilarating! The story kept me tense the whole way through," Michael Drakich, author of “The Brotherhood of Piaxia."

Allan Krummenacker lives in Marina, California with his wife Helen. He is currently
working on the sequel to "The Bridge," scheduled for release this summer. For complete details, visitallankrummenacker.wix.com/allan-krummenacker. 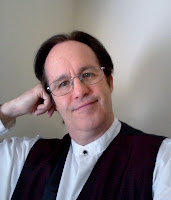