The Tale of the Whale Who Got Away...

By Allan Krummenacker - April 26, 2015
...Or making hard choices while revising your novel

Whenever I write a novel, or short story, so many ideas come to me that I immediately write down as I'm going on along.  I have so much fun with my characters I sometimes wonder if I'm getting enough interesting scenes into the story.  I start to worry that I'm having too much of a good time listening to my characters bantering back and forth to make them feel more real and alive, that I start to wonder whether or not there's enough action going on in the book.  When that happens I start coming up with more  scenes that help get the readers' pulses pounding.

But then when I go back to start the second draft I look back over the entire story and find that word count is much higher than I originally planned.  I try to aim no higher than 120,000 words, which by industry standards is still pretty long for a novel.  Mind you, even though I'm an independent author and don't have to abide by what most publishers want, I try to keep within certain guidelines such as length.  Why do I do this?  Because, I don't want to wind up boring my audience by not letting them get to the final climactic scene.  If you take too long letting all the events you've been building up to finally happen, you could start losing their interest.  PLUS... you could wind up using too many good ideas and confusing them along the way.

In my case, my first drafts usually come in at about 130-160,000 words.  So I often wind up with plenty of trimming to do, which I actually don't mind.  A fair amount of those excess words come from scenes where I repeat the same idea that I used earlier or later in the book, in which case I get to decide where in the story it works best and delete the other sections where it appears.    Other times I'll find a scene that while extremely interesting and exciting, does not really add anything to the main story.  In fact, it serves more as a distraction than anything else.

That's what happened with the fellow in this photo... 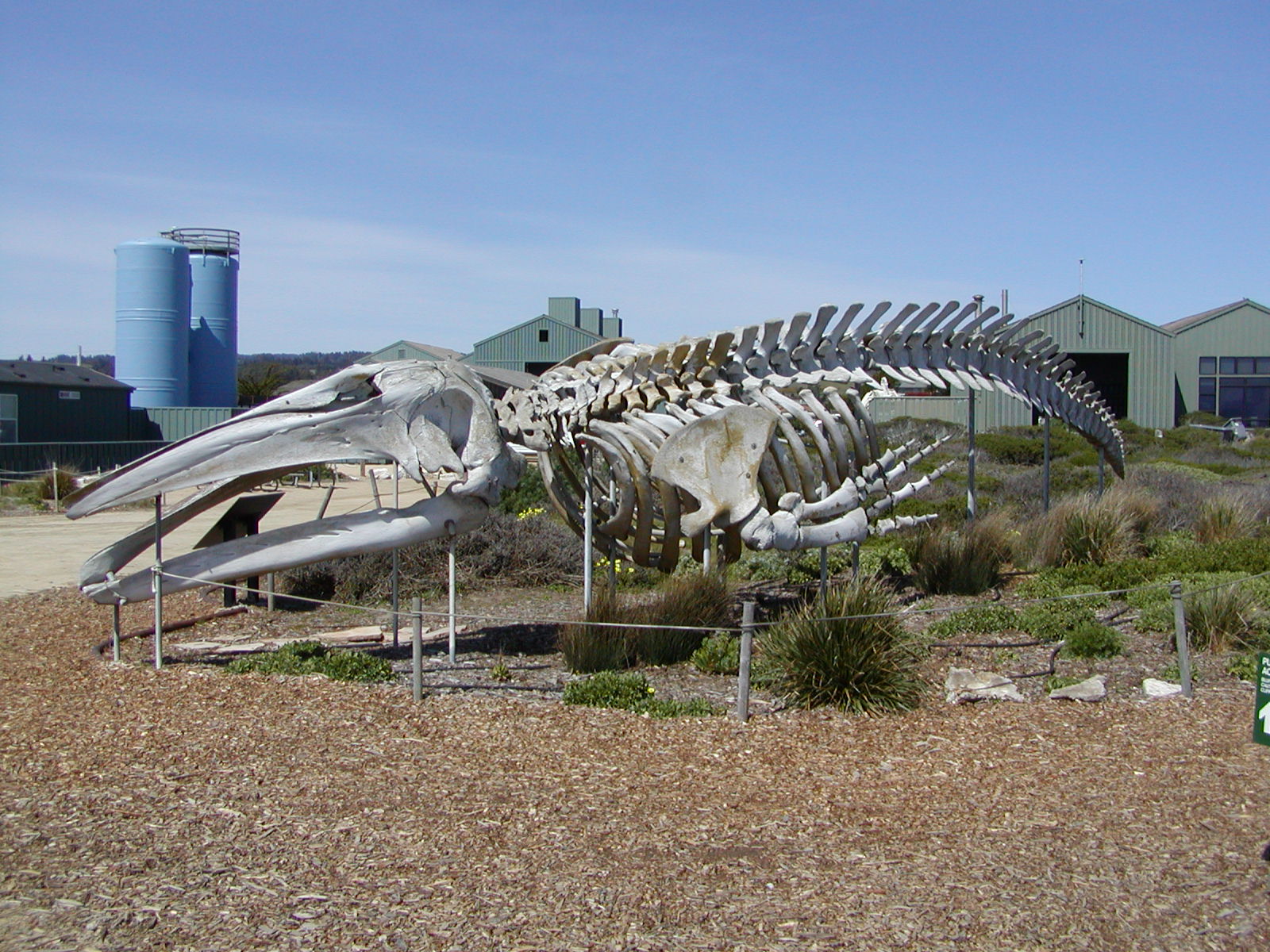 This is a whale skeleton located at Long Marine Lab in Santa Cruz, a location I used in my second novel "The Ship".  As you can imagine it's quite large and has been out in the sun and rain for many years.  But where it was located, really got my imagination going.  You  see, this fellow stands not more than fifteen yards away from a cliff that looks out onto the ocean.  Mind you, there is a fence so no one falls in, which is a good thing because it's a sheer drop down onto some nasty rocks far below.
In fact I was standing one windy day looking out at the waves when I heard a metal creaking noise behind me.  Immediately my imagination went into overdrive and I could see clearly in my mind that the whale skeleton, perched on its metal poles, had begun to move.  I'll admit that I quickly whirled around and saw that it of course had not moved.  And while I stared at it, half expecting it to do so, I heard the sound again.  This time I realized it was coming from the de-salinazation plant off to my left.  But still, the idea of the bones moving and coming to life was stuck in my head and I knew I just had to use it in a story.  Especially when I went to leave and took one final photo and wound up with this image 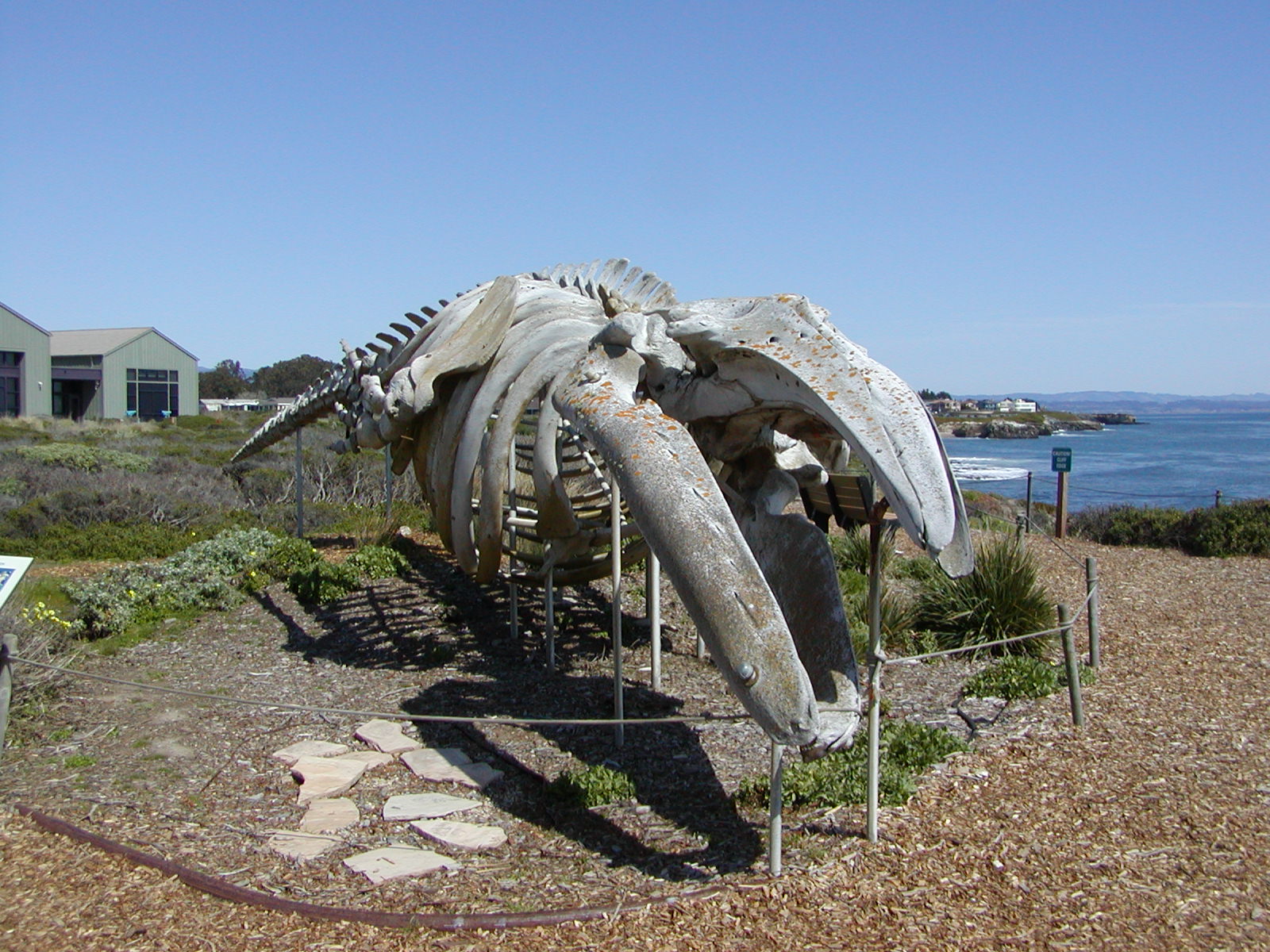 My mind was on fire.  I kept picturing those bony jaws clamping down on someone and shaking them like a dog chewing on an old shoe.  I had already begun work on "The Ship" and had been working on a scene that took place at Long Marine Lab, so I immediately added to the scene.  I'd created a nosy reporter who was following Cassandra, my billionaire heiress, and her new love-interest Julie Cloudfoot around and decided to have the reporter be the victim.  She was a tabloid journalist who was going to expose Cassie's coming out of the closet unless Cassie bought the photos showing her and Julie kissing on the beach and other places.  But one of my other antagonists intercepted the journalist near the fence overlooking the ocean after the woman had issued her 'business offer' to Cassie who had just left.  My villain had not wanted Cassie threatened and used some of his abilities to animate the skeleton and killed the journalist.  It was a fascinating scene that I really loved, especially after the journalist was dead and the whale skeleton flung her lifeless body over the cliff and into the sea.

Yet, when I started the second draft I saw how crowded the book already was with characters who really mattered.  Plus, there were already so many good scenes that were more relevant, that this scene became a distraction.  So I copied and pasted it into a separate file where I keep other fragments of work, and saved it.  (Does this sound familiar to everyone?  It should, I keep telling you all to save any scenes you remove from your stories because they might prove useful in another story with other characters) 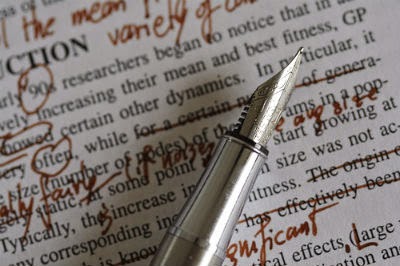 So the other day I came across these photos of the whale skeleton again and started thinking about how I had to let that scene go.  I still wanted to use it in another story, but I couldn't imagine how I'd make it happen.  Julie and Cassie, along with most of my characters were back on the East Coast and I had practically no one left out in Santa Cruz, then I remembered Julie's younger brother Johnny.  Johnny had been introduced in "The Ship" and had played several crucial roles in that book.  By the end of the story he was still out here in Santa Cruz, because he was a student studying marine biology and sometimes helped out at Long Marine Lab as part of his studies.  He also had gotten a girlfriend named Michelle who had a secret or two of her own (those who've read "The Ship" know what I'm talking about... hint-hint).  So now I'm starting to think about their story and I'm planning on recycling the whale skeleton scene with a new villain and victim.  The overall tale itself will be a love-story in the vein of Beauty and the Beast, only I'll be reversing the sexes and making it more of a Handsome and the Beast tale.  That will probably see the light of day in 2016 or 2017 depending on how much writing I can do and how fast I get things done.

So now you understand why I keep telling you all to save scenes that you need to remove from one story.  They can come in handy down the road with a bit of reworking.  It's been almost w years since I wrote and removed that scene and I had no idea if and when it might prove useful.  But now I have the characters and a storyline where it can come into play.  There are countless other pieces of story I have saved that I will be sorting through which might come in handy too.  I'll have to root through them and see what I've got.  But I'll keep you posted.

You can find out other interesting things about what went on when I wrote "The Ship" on the new Facebook Page I made for that book.  You can find it at:

That's al;l I have for today.  Until next time, take care everyone, and keep writing.