By Allan Krummenacker - February 01, 2017
Having finally gotten moved out of my old apartment at CSUMB, and into a new one, I can finally start getting back to regular postings here.  I'm not taking any classes this semester either which also frees me up to do more writing in the future.  And let me tell you all, I've been feeling the itch something fierce.  Some days I think of myself as a parent whose been neglecting his kids, and I've hated it.  But this doesn't mean I haven't been thinking and plotting like crazy.  Once I get going again, which will be soon, look out.  I've got plot twists and turns that will make a game of Twister played by a bunch of octopuses, look boring. 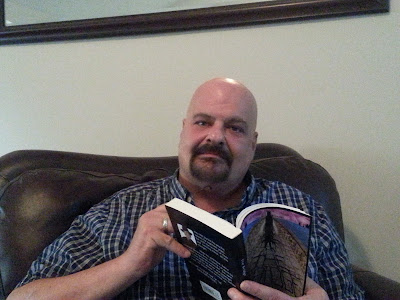 We've been working on an unusual story that involves certain historic events in the 1800's and mixing mythical beings from not one but several cultures.  While this may sound complicated, the way we've been working the story all of this makes sense and will take the reader on one of the wildest adventures you've ever read.

But how we've gotten this far is the real topic today.  Our collaboration has been one of friendship, respect, consideration, and trust.  Rich and I are able to raise questions about ideas the other has come up with, without fearing for our friendship.  But how we approach these things is the key.  Being the more experienced writer, I'm more used to scrapping ideas or changing things in mid-stream if it's not working for the story.  However, not every idea has to be scrapped.  Sometimes they just have to be approached in a different way.

Recently, Rich was designing a scene where our two male protagonist characters (he created one, while I gave life to the other) were having a heated discussion about how to tackle facing an enemy that seemed unstoppable.  I was not keen on this concept at first because it seemed to be a cliche namely "Two alpha males butting heads, but their friendship will survive... yadda- yadda..."

Now as a rule, I try to avoid cliches.  In fact I may set up scenes that seem like they're going down a familiar path and then stand it on its head and shock the reader with something very different.  I was almost tempted to talk him out of using the scene, but held my tongue because he'd worked so hard and was so keen on the idea.  So I kept my own counsel for a while and my mind kept going back to the problem.  Finally, I started thinking about the situation from the point of view of the "Alpha" I had created.  It occurred to me that what was troubling me with this scene was the fact that my character does not have an "Ego" per se.  He's not really human so he does not always act or react the way one would expect.  Yet by the same token, he has been a leader of packs before.  Many times in fact.  But he has also relinquished that role because he knows when the pack is relying too much on him, instead of its own kind.

With this in mind I saw the scene Rich had created with new eyes.  The two alphas are surrounded by officers and soldiers who are waiting to be told how to take on their enemy.  My alpha who I call "Hunter" is already held in high esteem by these men and knows they are looking towards him.  But deep down he feels his cohort is better suited to lead this 'pack' and allows the tension to grow so that his comrade will be seen in a new light.

When I suggested this angle to Rich his face lit up as we Skype'd.  The whole scene took on a new meaning and direction that he absolutely loved and started running with it.  Hunter's decision not to be leader becomes even more poignant when it is revealed that he needs his friend to lead the charge on one front, while he takes on the enemy on another front in a battle that will literally shake the heavens.

I love working with Rich for many reasons.  He's created some excellent scenes that I've been able to build upon and vice versa.  Our collaboration is unusual in the fact that we each work on different sections of the story, while keeping one another posted on what's happening so the other can refer back to those events or have characters react to them.

We also discuss scenes where our characters are together and plot out how to have things unfold then one will write the scene and allow the other to make adjustments for dialogue or behavior that is more fitting for certain characters.  This of course means it takes us longer to finish a story, but the results have been really impressive.  We each bring certain strengths to our endeavor such as his expertise in military manuevers, weapons, chain of command, historical facts, etc.  While I focus on more of the paranormal, or unusual, personalities, behaviors, and making stories go in unexpected directions.  Together we are a stylish team... 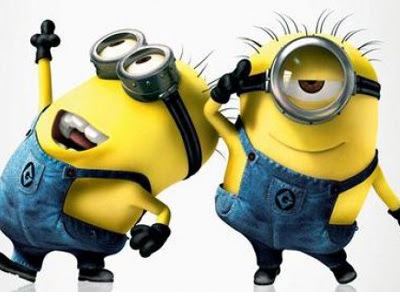 Anyway, the thing is with collaborations its important not to get too wedded to certain ideas.  You're a team.  The story is what's important.  Check your egos at the door.  And if there's something you don't agree on, let it simmer.  Explore and examine the issue from multiple angles and take a variety of approaches.  Maybe in the end it does need to go, but maybe not.  Be ready to compromise without being a doormat.  You're a team.  Work as one and be prepared to work and rework the story, just like you would one you did completely on your own.

When I write with Rich, or my wife Helen, I want them to shine just as much if not more than me.  I want their contributions and inspirations to be seen and applauded.  Just because I've got more stuff out there than they have, doesn't mean I have all the answers because I don't.  But I'm more than willing to be taught by them, as they are to learn from me as we continue our writing journey together.

That's all I've got to say for this entry.  If you've had any experiences with collaborations and wish to share them, please put them in the comment section below.  We're all here to learn from one another.