By Allan Krummenacker - May 14, 2018
Today we have the pleasure of welcoming Author Sheryl R. Hayes as our guest blogger who shares her insights about writing and tells us about her exciting debut book "Chaos Wolf".  Take it away Sheryl...

Stringing Words Together To Create A Yarn

Aside from using tools that are stick-shaped, you wouldn’t think that there’s much similarity between writing and knitting. Believe it or not, there are a lot of parallels.
I have been a knitter and crocheter for about ten years, and creating costumes for the last six. I have been writing in some form or another for over twenty years, but started my novel about six years ago. My processes for writing a book and creating a costume are strikingly similar.
I start by deciding on what I am going to make. Be it a Cruella De Vil or an urban fantasy novel about werewolves and vampires, I need that seed idea to nurture.

Next I figure out how I am going to do this. I study other costumes similar to what I want to do. I choose my yarn and pick out patterns to modify. I read other novels in my genre. I make up my characters and write my outline.
You would assume this is where I dive in, but I’m not quite there yet. If I’m not sure if this will work, I make a few samples. I’ll make what is called a swatch by knitting a four by four inch square. From that I will get an idea of how the finished project will look and can estimate how much yarn it will take. I will write a short story or a few scenes to get the feel for my characters. Once I feel comfortable, I begin the actual creation.
Now begins the hard part. I begin the fabrication, which takes up the bulk of the work. At first it’s cheery because I am MAKING SOMETHING AWESOME. (Yes, I think about it in capital letters.) But as my fingers start to get sore and my brain stops providing the words, I start to wonder WHY DECIDED TO DO THIS and WILL I EVER FINISH???
Then, I start noticing the errors. Plot holes appear in my beautiful prose. I discover on row ten that I knit row seven twice, or worse yet, dropped a stitch. Sometimes they are small holes that you can fix easily with a few stitches or a few words. Occasionally they are large holes that require you to rip parts out and, in a bad situation, start over. I pull the yarn off my needles, open a new file, and begin again. Lather, rinse, repeat until to my surprise, I have all the parts made. No more holes to fill. Now it is time to put it all together.
Once I have all my pieces in place and all my prose written, I work on assembling the finished product. I start sewing pieces together to create the base of the costume. I pick any accessories that I need to add that finishing polish. I send my writing out to editors and beta readers to find out what needs to be rewritten to make the prose sing. I’ll hire a cover artist and write the bits and pieces that will be used to promote the book.
And when I’m done with all the knitting and the typing, I have something I am proud to show off to the world.

Sheryl R. Hayes can be found untangling plot threads or the yarn her cats have been playing with. In addition to writing, she is a cosplayer focusing on knit and crochet costumes and works full time at a Bay Area water company. You can follow her at her blog http://www.sherylrhayes.com, on Twitter at https://www.twitter.com/sherylrhayes, or on Facebook at https://www.facebook.com/sherylreneehayes

Bitten by a werewolf. Taught by a vampire. At this rate, she’s going to start a war.

Literature major Jordan Abbey ordered a double mocha latte, but it wasn't supposed to come with a side order bite by a love-sick werewolf. When a vampire comes to her rescue, gut instinct tells her he has questionable motives. But he’s the only one she can trust to help get in touch with her inner animal.
Within a week, her smart mouth lands her in trouble with the hostile alpha of the local pack and the stiff-necked vampire elder. She now has less than a moon cycle to master shape changing... or else. And the besotted werewolf who started this whole mess is stalking Jordan and killing her friends. He won't take no for an answer.
In the Northern California town of Rancho Robles where the children of the Wolf and the Bat share an uneasy coexistence, one woman makes an epic mess of the status quo. 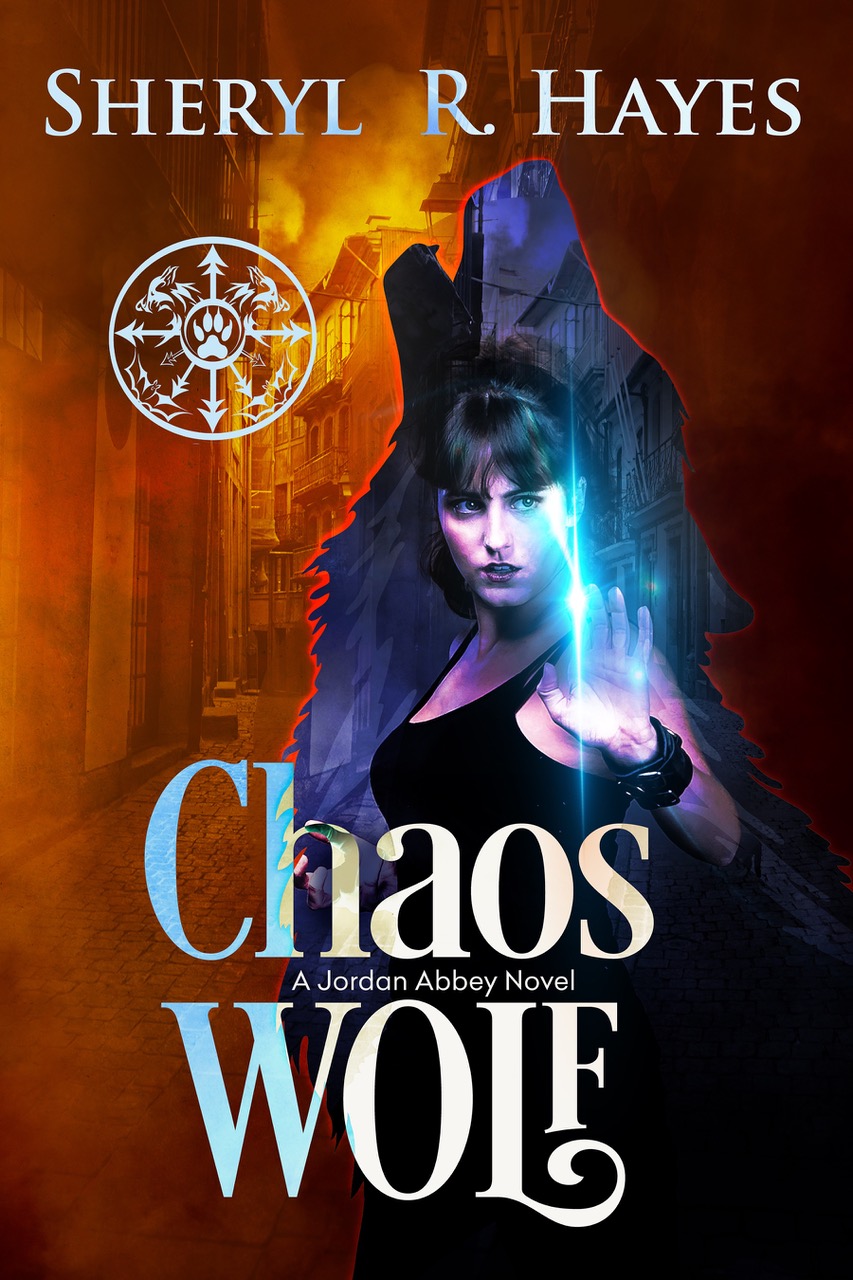 He gestured toward the couch. "Would you like tea, coffee, or soda?"
"Soda, please." Although she wasn't thirsty, accepting what he offered seemed the polite thing to do. She sat down on the leather couch and rested her elbows on her knees. "Don't you only drink… um—"
"Blood?" Montgomery finished the question for her. "No." He stepped into the kitchenette. "I can and do drink and eat other things. It's kind of like eating junk food. There's no nutritional value. I enjoy the flavors and textures. I don't like to do it too often, though."
Jordan tilted her head to one side. "Why not?"
His lip curled into a half smile. "I can't digest matter like when I was mortal," he explained. "I have to purge it in a different way."
She blinked, puzzling it out. Understanding dawned on her face. "Oh… Oh!"
One red-and-silver can in hand, Montgomery stepped out of the kitchenette. "When I last saw you, you were hightailing it out of here, never to return." He gave her the soda and took a seat in the chair sitting at a right angle to the couch. "What happened?"
Jordan stared down at the soda and rubbed her thumb over the frosty top. "After I left, I went home. I didn't tell anyone about you." She gestured in Montgomery's direction. "I went out to try to forget what happened. When I came back, I found out my roommate's boyfriend had been mauled to death."
Montgomery stiffened. "Did you see the werewolf?"
"No," Jordan said. "I didn't even think he was real until…" She paused and shivered, sloshing the soda in the can. "All I could think about was finding you."
Montgomery's lips moved to form a curse. "Did you come directly here?" He stood up and crossed the small space separating the chair and the couch. "Focus. It's important. Do you think you were followed?"
"No. The police took me and Molly to the station. We're not allowed to go back to our apartment until sometime tomorrow after the super gets someone in to…" Jordan's voice broke. She swallowed. "Clean up. I spent two hours getting on and off buses to make sure I wasn't followed."
Montgomery sat down on the couch. "Good thinking. If the werewolf was following you by scent, that should have thrown him off your trail. If he was tracking you by sight, you would have spotted him. Or he would have broken in here by now. You've been lucky."
"Lucky?" Jordan's shoulders tightened and her fist clenched, denting the can inward. "I'm being stalked by something out of a horror film and you think I'm lucky?"
"Yes," Montgomery countered. "If you had been there instead of your friend, the werewolf would have finished what he started."
"Finished what he started?" Jordan put the soda on the table unopened. "You make it sound like he let me live."
"He did," Montgomery stated, as if it were the most obvious thing in the world.
She stared at him with an open mouth. All the movies and books she had seen taught that a werewolf would rip out her throat as soon as look at her. The female victim never survived the attack. "But why?"
"You haven't figured it out yet?" Montgomery appeared nonplussed by her reaction. "He wasn't trying to make a meal out of you, Jordan. He was claiming you as his mate."