By Allan Krummenacker - October 23, 2021
As the saying goes, all good things must come to an end. So this is the final weekend of your early Halloween treat, as we suspect most folks will have a lot to do next weekend with the holiday itself. But we still have 3 more chapters for you to sample "Forever's Too Long".
Chapter 5 - NOT JUST A SPARK
After a long day of tussling with crooked antique dealers and wasting time with useless police detectives who are more interested in playing games, Rafael and Clara deserve a night off. So they decide to step out and enjoy some music and dancing. So let's click on the link below, and enjoy their evening out as as they get to know a little more about each other.
Chapter 6 - CULT FOLLOWING
It seems like a simple job to Rafael. Go in, get some evidence of wrongdoing-- there's always wrongdoing by cult leaders-- and present it to Eugene's former employees to get them to get their lives back on track. But Rafael has no idea just how wrong things are behind the facade of the visiting room. Or what a familiar beauty he will find there.
Chapter 7 - SURE TO GIVE OFFENSE
"Don't you just hate it when a plan comes together?" That could be the thought going through the mind of our hero Rafael Jones as he finds out the smuggled art and the cult are really part of the same sinister plot.
In our last chapter Rafael had just landed up in the 'frying pan', by infiltrating the cult that was recruiting Eugene's employees. Only to have the sickly, strange cultists capture him, so he can be brought before their spiritual leader, a man long believed dead. In short, Rafael is about to realize he's gone from frying pan and into the fire!
And with these three chapters of "Forever's Too Long" your Halloween treat now comes to an end. However, the story itself still has a ways to go. Will Rafael survive? Can he save himself not only physically but spiritually? And can he keep his friend Eugene out of the clutches of Rasputin and Yekaterina?
To find out the answers, you'll need to get your own copy of "Forever's Too Long" at one of the links below (for those who do not have access to Audible or Itunes, I've supplied links for paperback and the e-book versions as well):
AUDIOBOOK LINKS:

*NOTE: The fun doesn't end there. There are 2 more books in Helen's "Forever Detective Series". First there's "Forever Haunted" where Rafael finds he has not one but two clients (one living, the other is a ghost). And to solve the living's problem, he must solve the ghost's as well. Not an easy task when you're trying to adjust to a new 'existence'. But he'll have help, and believe me he will need it as he goes up against mobsters who are familiar with magic and the undead: 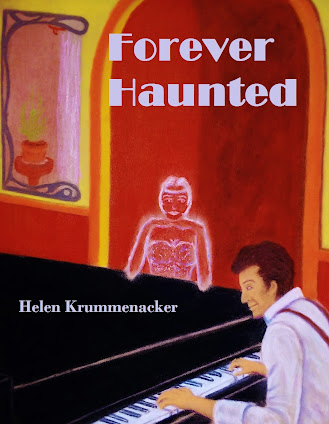 The next book in the series is "Forever In Deep", where Rafael is off to the races in search of a serial killer that the police don't believe exists. But he'll have his hands full as the killer is no mere human but something much more dangerous. And one of his weapons is something that can not only paralyze, but even kill a vampire, running water. It's a race against time and the element for Rafael and his friends as they try to rein in this killer. 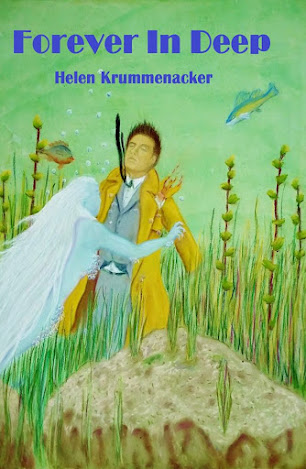 Finally, we're also proud to announce that Helen is adding a 4th book to the series, which will be arriving next month.
In "Forever Festive", Rafael will be heading home to visit his parents who have no idea he's a vampire. Luckily, he'll have Clara at his side to help try and keep his 'condition' a secret. But Rafael's also got a new case. A Guardian Angel has asked him to help locate one of his missing wards, who has mysteriously vanished from his ever-watchful Heavenly gaze. Mystery, magic, and holiday hijinks awaits you in this latest addition to the series. 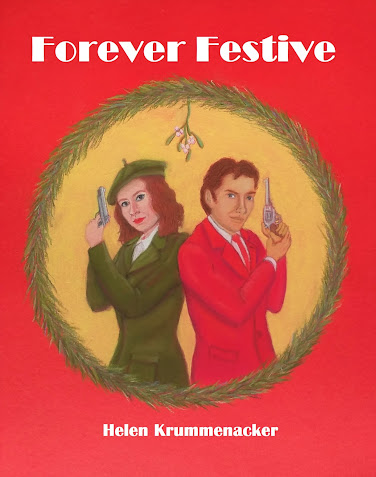