Trying Not To Lose Your Way When Writing...

Wait I'm the one writing this story!  How did I wind up here? 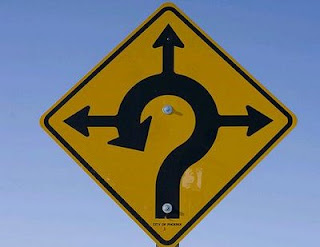 Did you ever lose track of where the book/story you were writing was headed?  If the answer is no, then all I have to say is, "I hate you, now will you teach me your ways oh Master Jedi?"

Okay, all kidding aside, this happened to me just recently, and the sad thing was I didn't even realize that I'd lost my plot until I was about third of the way through the first draft. Now, I don't know if it happened because I was writing part of a series and was trying to remember details from the previous books, or because I got too caught up in the characters (both old and new), but I still managed to lose my original plot which was quite embarrassing.  I mean I could've sworn I left on the kitchen table next to my keys, but when I went back the plot wasn't there.  Neither were my keys for that matter, but I'm going to worry about that later, first things first.

Up until the point where I realized I'd lost the plot, I thought the story was moving along just perfectly.   New characters were being introduced in just the right time and place, fallout from the big final battle from the first book were being addressed, issues of love an coming out to family were being covered, etc.   Yet somehow, the new threat to the characters had somehow fallen off the radar for the most part.  There was a distinct lack of growing menace for the audience to see coming that the characters were completely unaware of... 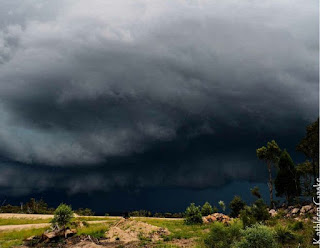 There very little hint of the approaching storm that was looming on the horizon, which left the reader with a severe lack of growing tension.  This was especially frustrating to me since some of the new characters were in league with my main villain.  Furthermore, the villain of the piece had appeared in both the previous books as as added menace.  There is a huge mystery surrounding him and this story was to be the BIG REVEAL!  We'd learn not only his secrets but that of several others, including that of a ghostly figure who watches over Cassandra, one of my main characters.

Even more irritating to me was the fact that I have this huge climactic battle that will take the readers to places and introduce concepts you never saw coming!  But I still lost that air of growing tension and menace.  Plus, the path the story was on seemed to be veering further away from my intended goal.  Luckily I knew exactly what to do.  After all, this is my story and I was the one in control of where it needed to head.  The path was mine to alter and move as I saw fit... 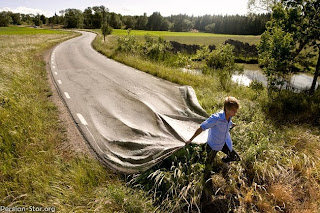 So what did I do?  Did I go back and dump most of what I'd already written?  The answer to both those questions is a simple 'no'.  There were a lot of interesting scenes taking place that had a good amount of tension and intrigue that simply needed a little tweaking or an added cutaway scene.  That's right, all I had to do was cut away from an existing scene and slip in another one involving my "Big Baddie" which clearly had some connection to what was happening in the existing scene.

In a few other areas all I need to do is remind people that 'certain people' aren't who they appear to be and are actually in league with the villain.  This part is a little trickier because I added a number of new characters and I'm trying to keep the identity of the 'traitor' hidden from all.  This can be a challenge at times since I'm keeping everyone wondering who the double-agent really is.  Some writers like to make it obvious, while others like to keep the audience guessing.  I side with the latter, but even if people figure out who it is I still have a major surprise for them regarding that person.

But enough of that, I'm starting to lose the point of this entry.  It's very easy to lose your way while writing.  The characters and what's going on in their lives can become so interesting at times that we get swept up in those parts of the stories just s easily as our readers can.  But every so often you need to stop and read everything you've written up to that point and see if there are any problems.  Some writers will plow on ahead and complete an entire first draft and then go over it to look for issues, which is perfectly acceptable too.  There is no one right way, there are multiple ones.  The main thing point is to make sure you didn't lose your plot somewhere along the way.  And if you did, make sure you correct it and get things back on track.  Don't just do a first draft and declare your work done and rush to publish it as is.  You'll regret it later.

Until next time, take care and keep writing everyone.

PS: I found my keys, they were in my pocket all long.  Now if I could just remember where I put my glasses... 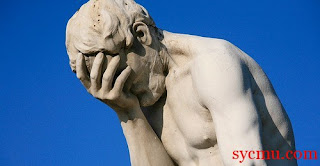