I'm looking for honest reviews of my 2nd paranormal/mystery novel "The Ship" for my Smashwords site. Recently there's been a lot of traffic over there but no sales. Part of the problem may be the fact that there's been only one review done on the book at Smashwords.

Multiple reviews spurs more sales, so if anyone is interested in doing a review there, I'm willing to supply you with a free e-copy of the book from the Smashwords site.

For those not familiar with the story here's the blurb from the back cover of the book:

Cassandra Elliott is a billionaire heiress, who has just come out of the closet. She's also a powerful psychic who has seen incredible and terrifying things. In fact, just two weeks ago, she and her girlfriend Julie Cloudfoot, survived a horrific battle alongside their two friends Alex Hill and Veronica Ross. They faced a being from a parallel reality where evolution took a much different course than in this version of Earth.
As a result of that encounter the two of them have come to Santa Cruz to bury one of their own as well as to see if their knew relationship will work out.
While taking a surfing class Cassie finds herself under attack and barely escapes with her life. But this is only the beginning. Whatever attacked her left a mark on her leg and now she is experiencing terrifying visions and senses the approach of something hiding in the fog. A legendary ghost ship is coming for her. However this is no ordinary nightmare of the sea. This vessel is alive and wants to make her a part of it, literally...

*So let me know if you are interested and in what e-book format you need (Nook, Mobi, Sony, Apple, or even PDF)*

If you want to sample the book before committing yourself just click on the link below and click on the version you need where it says "First 20% Sample"... 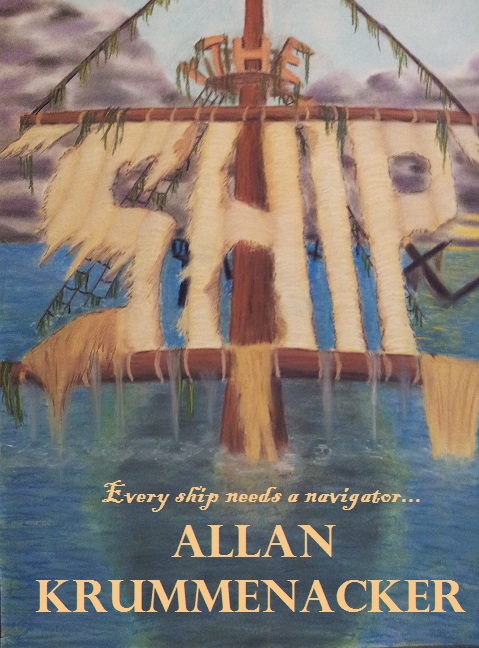