Inspiration Can Strike When You Least Expect It....

By Allan Krummenacker - September 03, 2015
Last night after I finished my class, I was waiting at the bus stop outside my university's library.  I was feeling pretty good, and was in a humorous mood.  So when two young ladies came out of the library, each carrying a large white board, my mirthful nature got the better of me.  As soon as they came up to the bus stop I said, "You know, most people find a notebook just as useful and it actually fits inside a backpack." 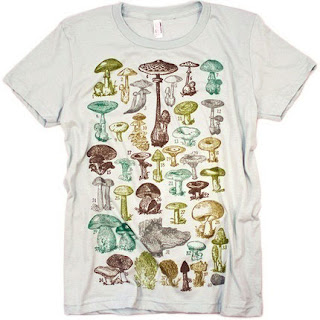 They both laughed and came back with, "Yeah, but we make a lot big mistakes."   From there we started chatting and they explained the white boards were for two clubs they were part of.  It was at that point I notice that both of them were wearing  t-shirts with mushrooms all over them.  Curious I asked if mushrooms were involved with either club and they said yes.   From there, they began to explain how they're clubs were trying to do some research about mushrooms and how to try and make a business out of certain ones that grew only in the wild near Santa Cruz.  One of the ladies, was studying Mycology and started talking about the properties of certain types of mushrooms, like the ones that grew on the sides of trees. 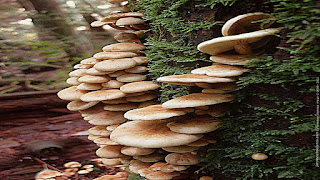 She began to explain that some were parasitic, while others actually helped the tree stay healthy.   Suddenly, my mind went into overdrive.  An idea for a life from another Para-Earth suddenly came to me, an intelligent kind of mushroom.  But how dangerous could they be?  Were they even aggressive?  What if they were the kind that were helpful to trees?

The expression on my face must've changed because the girls asked if I was all right, to which I explained that I was an Indie Author and that they might've given me an idea for a new story.  They both asked what I wrote and I explained about my paranormal/mystery/sci-fi books in the Para-Earth Series and how each story involved life forms from an alternate version of Earth were evolution took a different path.  I quickly thanked them and also gave them my business cards so they could check my books out, as well as read about my vampyre Nathan and his friends over at my other blog, "The Vampyre Blogs - Private Edition".

By then the bus arrived and I parted company with the ladies, but my mind was on fire. 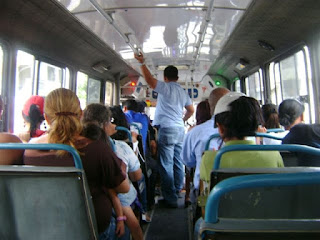 Parking myself at the rear of the bus I started letting the ideas flow.  First I had to decide which of my characters to use for this new story.  Immediately I chose Professor Otto Hofstadter, who was an expert/investigator into the various Para-Earths.  But who to have work with him.  I had several possibilities, but decided to wait until I got home to talk with my wife Helen, since Otto was her creation.  I knew I wanted her to work with me on this story so I was content to wait.  But as for the mushrooms, I decided they were 'tree-shepherds'.  They protected an area of trees, keeping them healthy and safe from harm.  At first I thought about a lumber company, but when I got home Helen suggested instead a hidden marijuana farm that has been mysteriously abandoned. 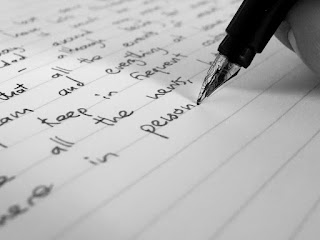 From there she suggested we use Julie Cloudfoot's younger brother, Johnny (who I established as being a student at the UC Santa Cruz).  This seemed like an excellent idea since the university is surrounded by woods on all sides that extend for miles.  So I quickly began jotting down all these ideas and know that we will be exploring them more down the road, after I complete one or two other projects I have under way.

From this, you can see how an innocent encounter and a chat led to a whole new story idea.  Yes, there are a lot more details to work out, but we've got the basis and some of the cast already lined up. So remember, if something unusual catches your eye ask yourself some questions and as well anyone who might be nearby.  You never know what may get your imagination up and running.  There's inspiration all around us, we just sometimes have to take a moment to recognize it.